You will receive the full 85-minute filmed episodic musical, plus bonus behind-the-scenes footage including cut material and more. A Killer Party is available for streaming beginning August 5 at 10:00 a.m. ET and will be released three episodes at a time: Episodes 4-6 debut on August 12 and episodes 7-9 debut on August 19.

A collaboration between more than 50 Broadway professionals all working together remotely, A Killer Party is not only a new musical, but represents a new type of musical. With a purchase of the series, you support these artists “on stage” and behind-the-scenes, while they provide laughter and levity during this time of new ways to create and support art. A portion of your purchase price will also support the Van Wezel Performing Arts Hall.

When Varthur McArthur, the artistic director of a failing theater in Duluth, invites his troupe of disgruntled actors and collaborators to the first read of an “immersive murder mystery dinner party,” no one knew that he would be the victim. Or did they? Enter eager, determined, and untested Detective Case. After sequestering the guests into separate rooms (because, you know, social-distancing), she gets down to finding out whodunnit, uncovering secret affairs, life-long grudges, backstage drama, and a lot of musical theater song and dance.

Please see the gallery images below (#1-6) for instructions. 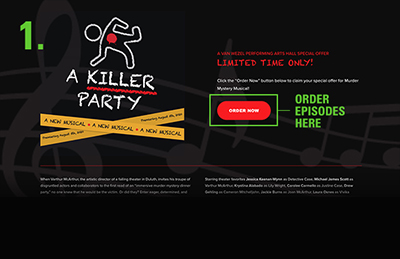 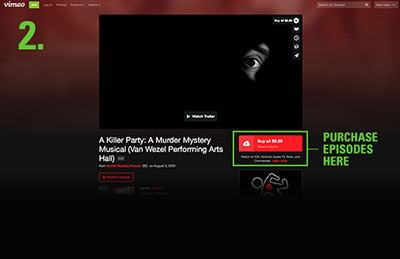 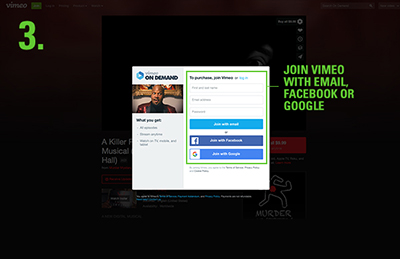 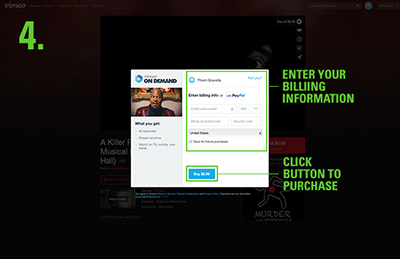 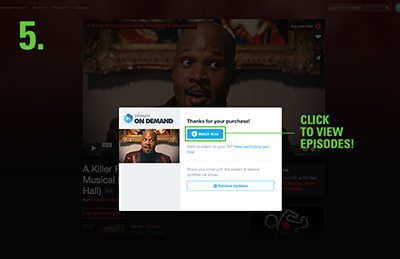 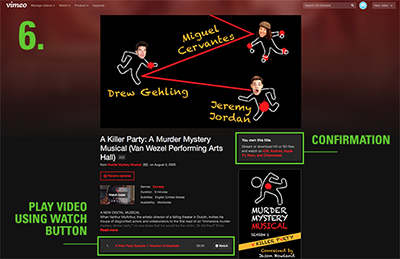