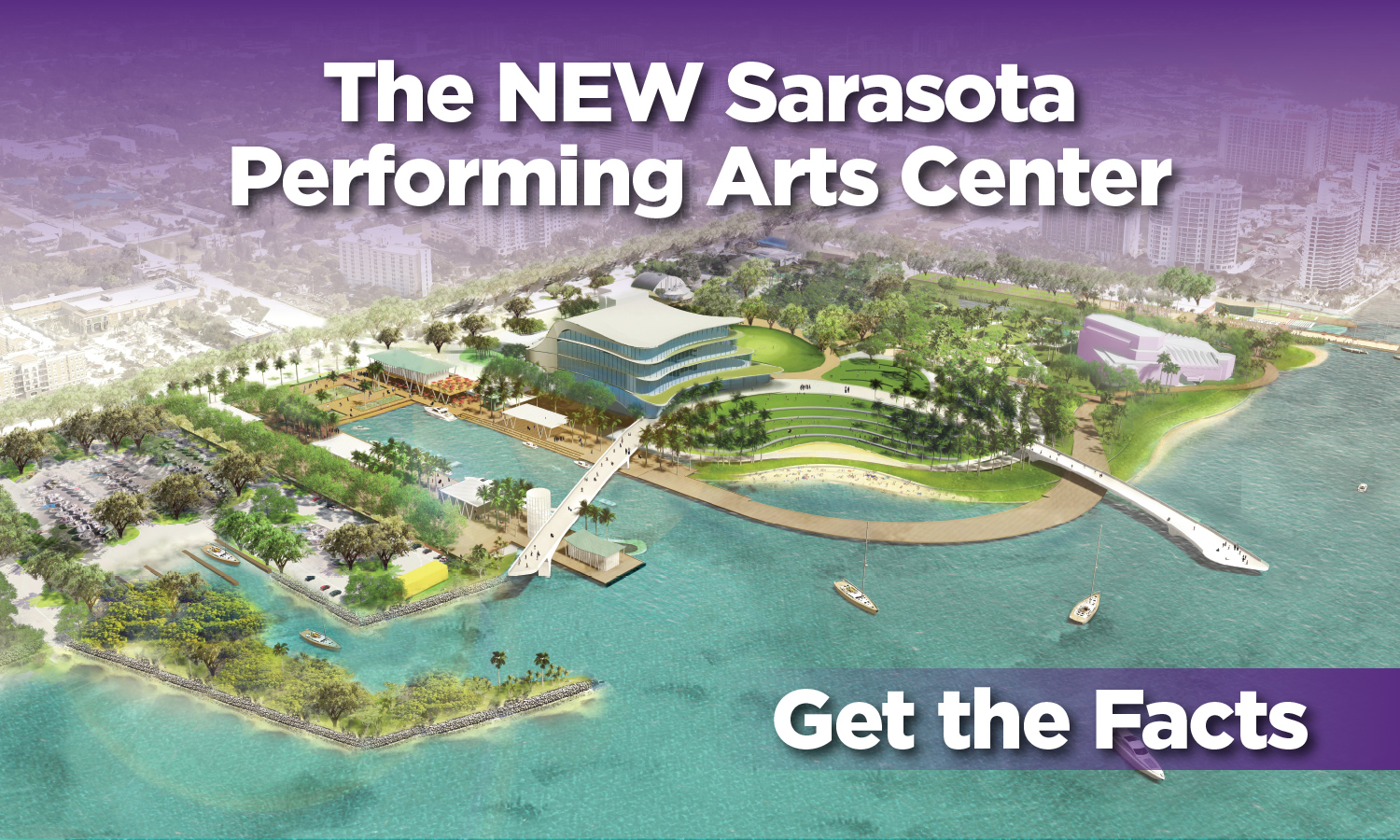 At the Van Wezel Performing Arts Hall, we love bringing you world-class entertainment, working with students and educators, and we want to continue to bring cutting edge shows to Sarasota. We must remain competitive. This means looking toward the future with a new state-of-the-art Sarasota Performing Arts Center. We heartily support it!

There is a lot of false and misleading information being spread about the plans for the new Sarasota Performing Arts Center. You may have received one or more emails encouraging you to sign a petition to “Keep the Van Wezel.” These emails are not from the Van Wezel Performing Arts Hall, the Van Wezel Foundation or the City of Sarasota. They do not represent any of us, and we disagree with their assertions.

We all agree that Sarasota needs and deserves a new, state-of-the-art performing arts center in the Bay Park and the current Van Wezel Hall cannot be upgraded to meet the needs of the ever-growing community’s demands. At no time has the City, the Hall or the Foundation suggested that the Van Wezel Performing Arts Hall be torn down.?
Do not be misled by this false information.

The current Hall is too small to compete for early runs of the most popular national touring shows, it lacks current technology and it’s not built to cope with sea level rise, not to mention the latest patron and artists amenities. Addressing these issues with the current Hall would be complicated and require demolishing and reconstructing most of the structure and foundation. These changes would also impact the shape of the building, the sight lines, the acoustics and the number of seats.

Rest assured, the City intends to continue operating the Van Wezel until any new performing arts center is operational. In the near future, the City will create a Blue Ribbon committee to determine the sustainable options for the future use, purpose and operation of the Van Wezel Performing Arts Hall.

As we look toward a bright future, you can find more information on the new Sarasota Performing Arts Center HERE.